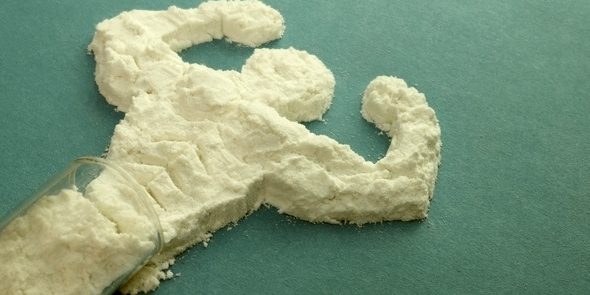 Creatine is naturally found only in fish and meat, especially red meat. As a supplement it is powdered. Luckily for vegetarians, this supplement is not produced from meat.

Supplementing with creating increases the ability of the body to quickly produce energy. This doesn’t mean that creatine will wake you up like coffee does. Creatine gives muscles greater endurance and strength when they are used.

Increased muscle energy enables you to have greater explosiveness while performing exercises. Explosiveness is key to muscle growth.

Creatine is considered to be most effective when used for high intensity training and explosive physical activities as bodybuilding or other weight training and sports which require short but explosive bursts of effort – sprints, soccer, swimming, etc. 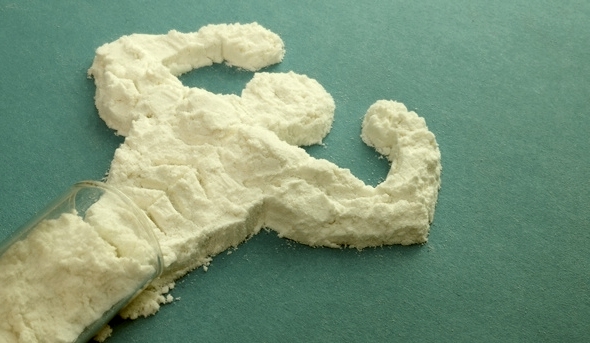 The first effect with creatine is increasing the body weight and muscle volume. At first this is because of the water holdup in muscles. Around 1-2 kg is held in the first week of use. Subsequent increase of muscle volume is slower and it’s actually an increase of muscle mass (if you increase your training weights or intensity and have proper nutrition).

Creatine brings water in muscle cells and this speeds up the process of muscle growth.

Creatine accumulates in the body – it gets stored mainly in the muscles.

If you cease using it for a few weeks you’ll notice your muscle volume and mass decreasing. It needs a few weeks to be eliminated from the body. This doesn’t mean loss of pure muscle mass but lowered water content in the muscles. No need to panic, muscle mass is not as readily lost.

When and how much to take?

Beside some rumors circling around – that it’s no good to consume creatine more than a few months in a row, if you drink 2 liters of water a day, in our experience there is no need for breaks. You could do a one-month break to see what will be the difference in your strength or endurance. If you notice lowering, try to continue without creatine until you achieve an increase of strength and endurance. Creatine isn’t intended to be used as “stilts”.

The best supplements for many reasons

Take a look at the package and the brand. Not all creatine powders are equally good. Some of them contain additional substances that can cause hormonal disruption, various allergic reactions. Considering a certain brand of creatine? In our programs you can get a recommendation for dependably good supplements.