Carbs activate buildup of body fat (through the hormone insulin) and prevent the muscle-building and fat-burning hormones. Dietary fats have no such effect on hormones. Actually fats are crucial material for testosterone production.

Fruits contain sugars. Juiced fruits create stronger insulin response than when consumed whole (not juiced) and not in great amounts. Juicing the fruit means eliminating all the fiber. Fruits contain dietary fiber which is actually the most complex carbs. The fiber is not broken down in the body. It is completely wasted and as such it doesn’t have any caloric value. Fiber slows down the breakdown of sugar and thus produce slower and lower insulin response. Eat your fruits whole and in very moderate amounts.

Although fruits are healthy, for example 100 grams of apple contains 10 grams of sugar which is the same as 100 grams of the usual soft drinks.

Nutrition which is beneficial to hormones has dietary fiber as its integral part. Green salads are better source of dietary fiber and they contain insignificant amount of sugars.

Don’t be swayed by the story of complex and simple carbs. If the reserves of stored sugars (in your muscles and liver) are full, whichever carbs you ingest, the rest of them that were not be used for momentary energy needs will be converted to fat and stored as body fat.

Proper nutrition includes meat, cheese, eggs (whites and yolks too), fish, no soy (for men), green salads, healthy oils, at least two liters of water daily. Protein intake should be around 1.5-2.5 grams per kilogram of body weight. Fat intake should be around 1-3 grams per kilogram. Carbs should be in total 40 grams daily. All these parameters need to be determined precisely depending on your body type and your goals.

Carbs from salads (fiber) do not count toward these 40 grams. Fiber is not converted to sugar and does not cause insulin response.

If you lower your carb-intake, it is very possible that you’ll have cravings for bread, pies, pizzas, pasta, sweets, etc. Such cravings can be lowered with increased intake of green salads which will help you to feel fuller, more satiated. And increase the intake of healthy oils. After a few days such cravings will wear off. (The body is an adaptive mechanism). 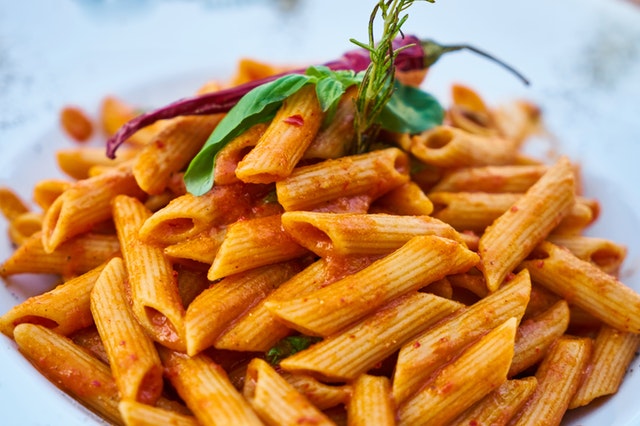 Carbs are needed to a certain degree for the body. There are cells in the body that need carbs. If there is a lack of carbs, the body will produce the needed amount from the protein you eat! But mainly it will have enough intake of carbs from the salads. Keep you carbs on minimum and reap the benefits from the increased growth hormone.

Your body uses dietary fat for many purposes. One of them is producing energy. Other is making hormones and other important compounds. Certain vitamins as vitamins A, D, E are absorbed only in the presence of dietary fats. Because vitamin D is important for the absorption of calcium, fats actually aid the calcium absorption in the body.

Fats create a longer lasting sensation of satiety after a meal.

Insulin stores fats and/or carbs. But carbs are those which cause great insulin spikes, fats not. There are also many food additives that spike insulin which are not carbs.

If you don’t consume large amounts of carbs, it will mean minimal insulin response. And the fats you ingest will not be stored. If you consume carbs excessively and frequently (= frequent high blood sugar and high insulin), this will disrupt the growth of new muscle mass and will cause fat gain. Insulin blocks using your own body fat for fuel. Instead, it will convert and store carbs as fat:

If you don’t consume great amounts of carbohydrates, there will be no large insulin response and no fat storing. And the protein will take care of the fats, so they will be used. Growth hormone plays a major role in this.

Proper nutrition supported by proper training regime will keep your body  in state of using fat for energy.

Thus the myth that tells “in order to lose weight you need to burn more than what you ingest and in order to build more mass you need to ingest more than what you burn” – is a myth and a harmful one. It can result in much torture to lose weight or in much torture to gain muscle mass. That theory doesn’t say what to eat and how much, just counts the calories pretending they come from identical nutrients with identical properties. A huge, deep-seated, insidious myth.