Soy and soy protein, do you really need them? 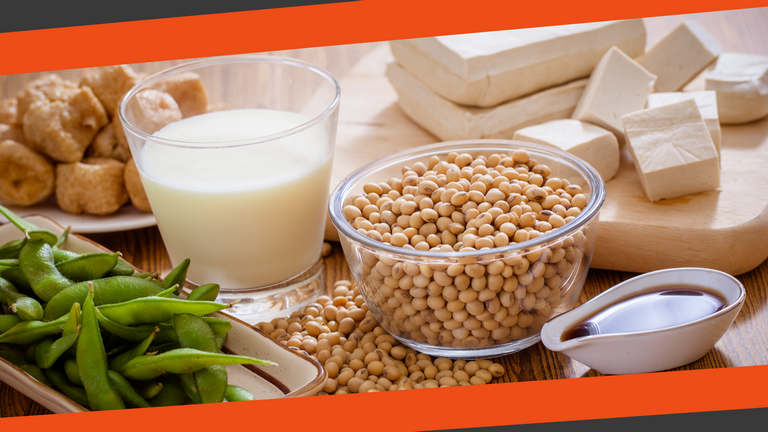 Soy is preached as a healthy alternative in food especially for vegetarians. Still, in recent times it is of bad repute because people became more aware that it is most often GMO. Still soy is present in enormous number of products.

Mostly it isn’t a healthy alternative.

Not just soy is in itself hard to digest, everything else you’ve taken before, with or after the soy meal, will also be hard to digest. It means blocked absorption: even though you are taking nutrients, they will have very little effect.

Digestion of food is a process of its decomposition to a simpler and simpler form.

Degradation of a substance is also decomposition. Thus the same effect is made with food preservatives, as their task is to prevent degradation/decomposition of food.

The same effect is caused by artificial sweeteners such as sucralose, acesfulame-k and aspartame, sweeteners which are used in many supercoolsugarfreeforyourhealth products, 99% of protein powders, in all protein yogurts, protein and healthy bars, powdered supplements with flavors (tropic cherry-merry…), chewing gums, candies, energy drinks, soft drinks, etc. Everywhere.

Thus today it is necessary to eat CLEVERLY.

Fermented organic soy products don’t have this effect. (Fermentation means the breakdown of a substance as with adding bacteria.)

They still contain other substances which can negatively influence hormones, as described below.

Testosterone is mostly abundant in men. It plays an important role in your health. It is responsible for the development of muscles and bones and sex drive. Testosterone also plays role in making blood stronger and many other functions. We know many natural ways to increase testosterone levels in men, and soy isn’t one of them.

Soy contains ingredients with estrogen-like properties that increase estrogen levels in men. It causes a reduction of testosterone levels.

Soy will lower testosterone levels and also may lower sperm count. There are many protein sources, so you won’t be at harm if you avoid soy and soy protein. On the contrary.

These estrogen-like compounds can disrupt estrogen levels in women too.

These compounds are there regardless if the soy is fermented or not. Fermented organic soy products should be consumed in moderation, depending on the individual effect on hormones. Unfermented soy, even organic unfermented soy should not be consumed.

Soy became an ingredient in many products and “protein products”.

Be careful. Soy is very cheap and rich in protein. Around 52% of it is protein. Many of the protein bars and protein meals being offered on the market actually contain soy and the greater amount of their protein content comes from soy.
The same happens with protein powders. Make sure what kind of protein are contained in the product. Read the ingredients label.

Such products containing soy protein should be avoided. There are good quality protein powders which don’t contain soy protein at all. They are the smart choice.

Products that contain protein which doesn’t come from soy, may still have some amount of soy additive. It is the case with many other food products. Such soy additives are used for easier production and evenly emulsified texture. The minimal intake of such products will not have significantly negative impact on your hormones.

Unsure about some product? Consultations with Muskultura